(for most pictures - those with borders, click for larger display)

Demonstrating the use of the scraper

Trophy Winners for Beginners and Advanced 2002 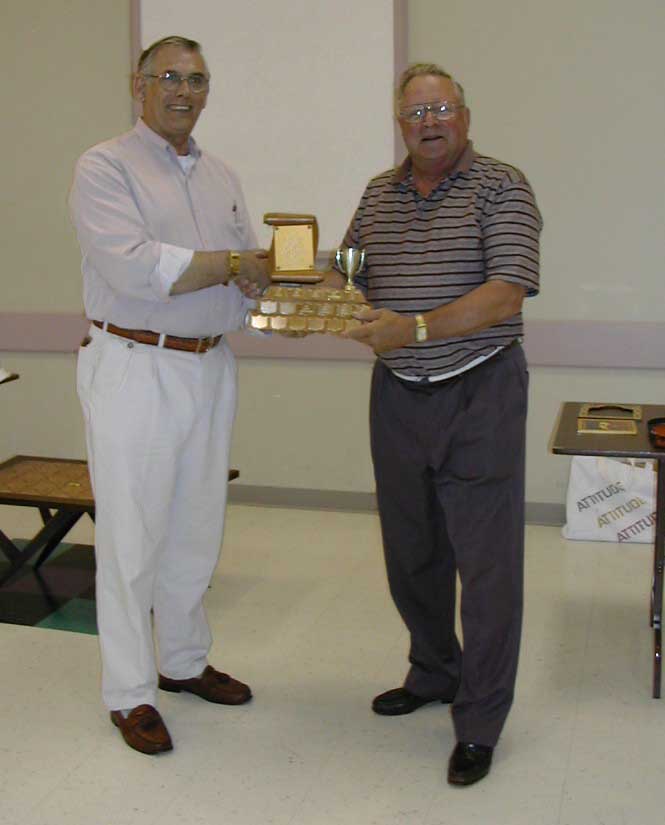 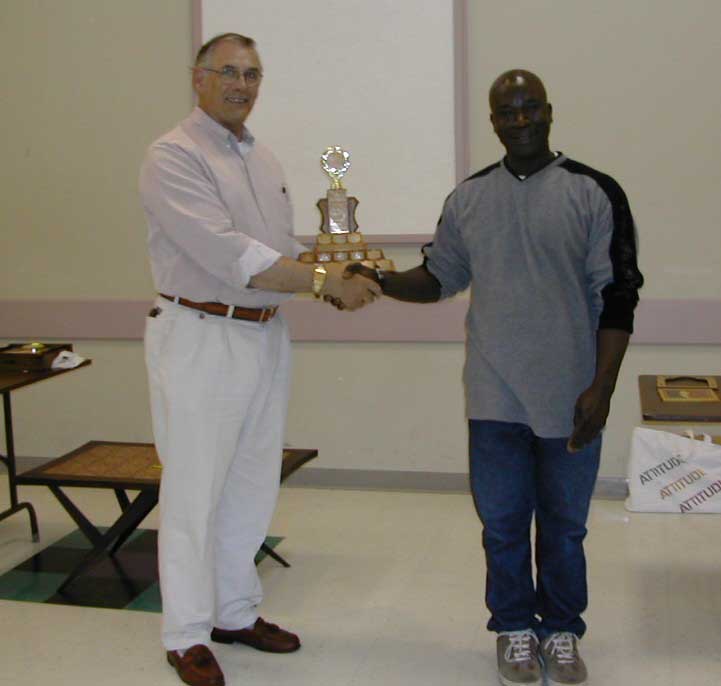 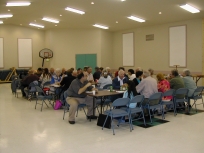 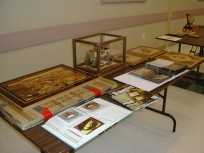 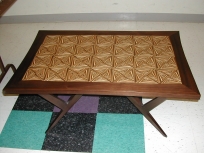 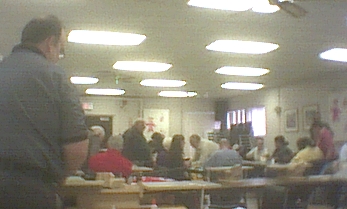 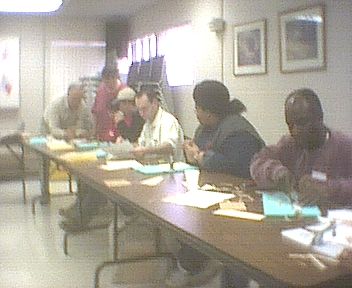 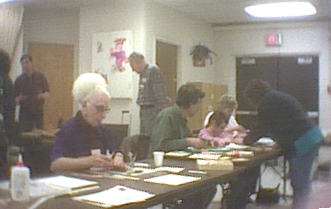 Fretsaw instruction before and during a regular meeting.

John Sedgwick's demo of creating a 'wicker basket' parquetry effect for covering a round box. John used a strip-cutting jig and and sand-shading techniques.

Some member's completed, and works in process on display.

Back to Canadian Marquetry Home Page