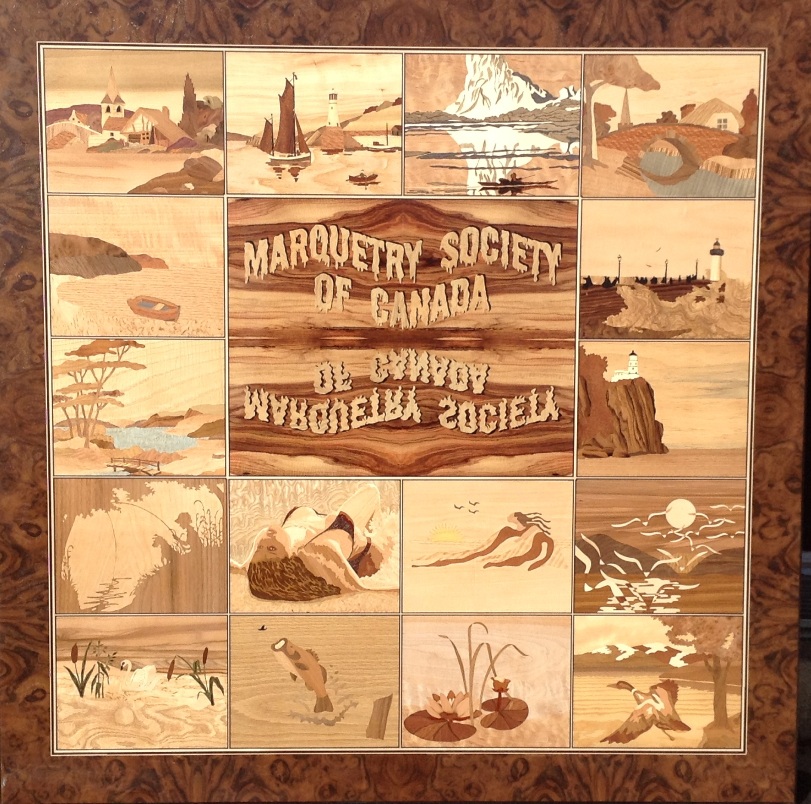 The 'Map Project' was completed in February of 1997, taking nearly a year. It is displayed at shows and special meetings that our Society attends. The project was worked on by 35 people. The finished size is 70 inches by 28 inches. it is estimated that it took 30 hours to plan, 520 hours to cut all the pictures and 50 hours to assemble and press; a total of 600 hours. There are approximately 2200 pieces and over 40 veneer species. Lower down on this page is a list of all involved in the project and their contribution - there is also a 'mini' key picture to help you identify each relevant part of the main picture. 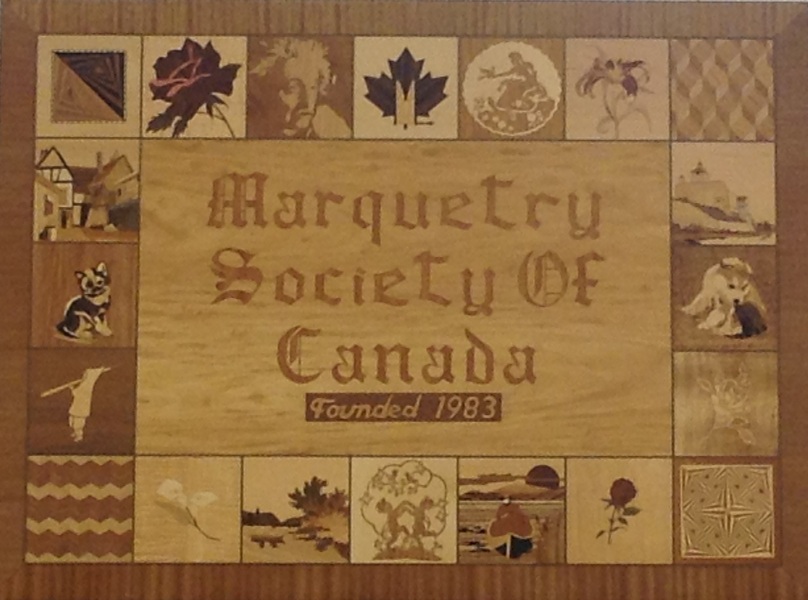